It's been quite chilly here in San Diego this week with lots of foggy mornings so I was inspired to share a wintery Third Coast Creative Coterie design team project with you today! 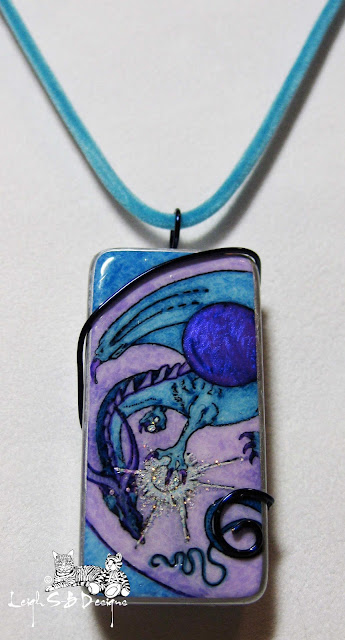 I used my signature 'Sharpie Domino Queen' Technique to alter the domino so no surface preparation was needed and I stamped the image directly onto the shiny standard sized domino with Coal Black Ancient Page dye ink and heat set with my favourite heat gun called the Heat It.  I coloured the dragon and the background (upper and lower left side of the domino) with a combination of Ocean Blue and Sky Blue Sharpie markers.  I used Purple and Lilac to colour the details on the dragon and the orb in the background. 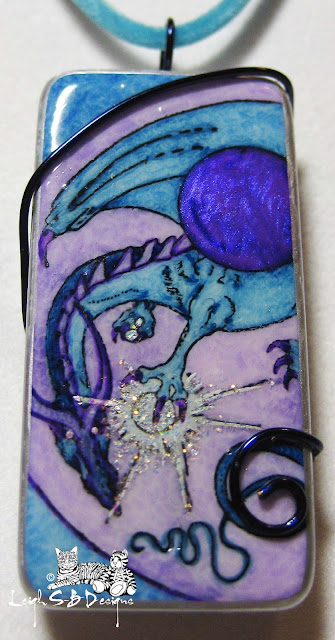 I painted the large orb on the upper right of the design with purple pearlescent glass paint and used an extra-fine point metallic silver paint pen on the tiny orb the dragon is clutching in its right claw.  I then used Stickles glitter glue to create the magical wintery crystal orb the dragon is holding in its left claw.  I love how the orb glows and sparkles!  I highlighted the dragon's eyes with an extra-fine gold paint pen to give the impression that the dragon's eyes are reflecting the glow from the crystal orb.  I then edged the domino with a broad point metallic silver paint pen.  Once everything was dry I applied a coat of Judikins Diamond Glaze. 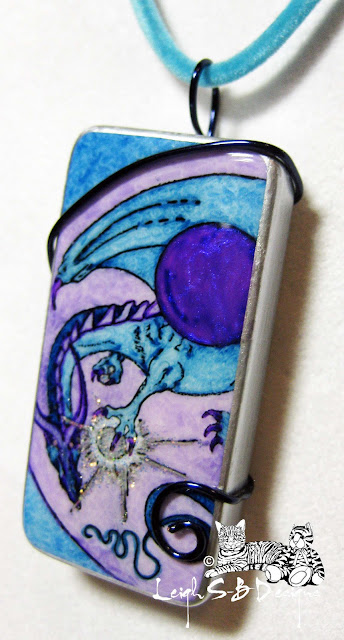 I then fashioned a bale from metallic midnight/cobalt blue wire and free-form wrapped the wire around the domino so that it was encased inside the wire 'cage'.  I curled the one end to mirror the curl of the dragon's tail and also mirrored the curve of the orb in the background where the wire wrapped around the domino. 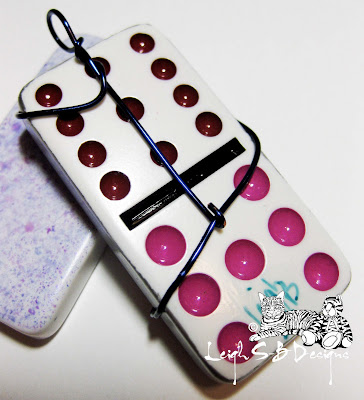 On the back of the domino I looped the wire to form the bale and hooked the other end of the wire beneath the back section.  Once the wire was snug against the domino I applied a small amount of Judikins Diamond Glaze beneath the curled wire end on the front of the domino so that it would adhere to the domino and further secure the wire in place.
I finished off my necklace with a turquoise velvet cord with a silver lobster claw clasp.
Have a great weekend!
Happy Stamping!